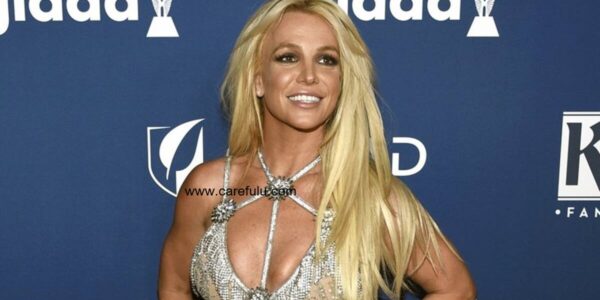 Just when we thought it couldn’t get any weirder for Britney Spears, it just has.

The pop icon is kicking up controversy once more by posting her latest rounds of nude pictures on her Instagram and barring it all once again. Some have taken it as a symbol of celebrating her freedom while others are second-guessing whether or not her conservatorship should have ended.

Taken prior to getting pregnant, Spears posted 12 nude pictures on Monday where the images featured the artist posing completely naked while covering her breasts with her hands and censoring her privates with a pink heart, Yahoo reported.

Photo dump of the last time I was in Mexico BEFORE there was a baby inside me why the heck do I look 10 years younger on vacation, she wrote in the caption.

Uploading more nudes, she wrote Don’t underestimate the power of doing it myself and shooting with a selfie stick.

In all, she shared three posts with multiple images of nude posts.

Photographer Matt Bernstein defended the Toxic singer, saying, I swear, people forget that Britney was in prison of her father’s design for the past 13 years. She missed the years when we were all terrible at Instagram and used those tacky in-app filters. She’s feeling herself. Let her be, TMZ reported.

As the nudes began to make its rounds, while some are glad for Spears, others are thinking maybe the conservatorship was for good reason, with one of her followers writing: Starting to think those who were in control perhaps should have stayed in control.

Raising the need for concern, another wrote: Anyone else here legitimately concerned?

But some are calling the concerns hypocritical because other celebrities, such as Kim Kardashian, Rihanna, Bella Hadid, Lizzo, Julia Fox, Lizzo and others were championed for posing in the buff but when the Baby, One More Time singer does it, it’s frowned upon?

So, should we be concerned for the pop star or should we leave her be?