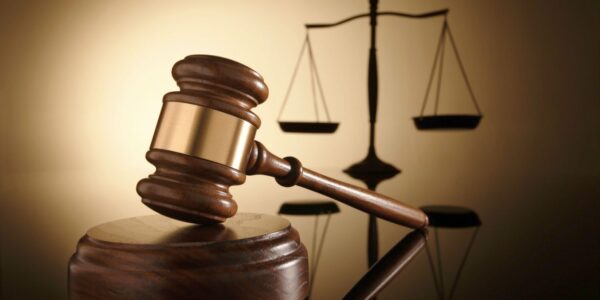 FAMOUS PRODUCT LIABILITY CASES
The following examples made history in the realm of consumer goods manufacturing and marketing, not so much because of the amount of monetary settlement, but because of the changes, they brought about in the industry changes that saved lives and prevented injuries.

Remember your case might not be one that becomes a precedent upon which other cases are decided, and your case might not get mentioned in some legal white paper or law textbook, but it’s important to you and your family to get appropriate compensation for injuries you might have suffered due to a defective item. Contact Patrick Daniel Law and their defective product attorneys in Houston and find out what your next step should be and get an idea of what your claim might be worth.

UNITED STATES V. PHILIP MORRIS
In the United States Department of Justice v. Philip Morris Tobacco, et al, the DOJ sued four tobacco companies for fraudulent conduct, which included misleading the public about the risks of smoking, misleading the public about the risks of second-hand smoke, misrepresenting the addictiveness of nicotine, manipulate the amount of nicotine in cigarettes, deceptively marketing cigarettes as light or low tar, targeting the youth market and failing to produce safer cigarettes.

The defendants were found guilty of racketeering and a number of other offenses and ordered to pay punitive damages of $28 billion. This was a record-setting verdict in terms of money, but the historic significance was how it changed the way tobacco products are marketed and lead to much better disclosure of their risks.

DOW CORNING BREAST IMPLANTS
In 1998, after six years of litigation in which they were accused of manufacturing breast implants that they knew were defective, Dow Corning agreed to pay $3.2 million to settle claims filed by 170,000 women who said that the silicone breast implants made them sick.

Three years earlier, the company had filed for bankruptcy, which delayed the settlement. The suit claimed that the implants leaked, and the presence of silicone in the body was affecting some women’s autoimmune systems and causing illnesses like lupus and rheumatoid arthritis.

Dow admitted that their breast implants leaked but insisted that the silicone did not cause the adverse effects claimed in the suit.

TAKATA AIRBAG RECALL
The biggest recall in consumer goods history involves the Takata Corporation, the maker of airbags for 19 different automobile manufacturers. The NHTSA determined that the propellant used to rapidly inflate airbags was unstable and susceptible to explosion under certain conditions. This could send metallic shrapnel through the passenger compartment of the cars.

OWENS CORNING ASBESTOS TRUST FUND
After thousands of suits filed by more than 400,000 people, Dow Corning funded a trust account with an initial deposit of $5 billion to compensate for illnesses that resulted from exposure to asbestos in their products, ranging from pipe insulation to cement mix.

The suits claimed that the company knew about the dangers of asbestos as early as 1938, but did not warn workers of the danger. Asbestos has been linked to mesothelioma, a tumor that lines the lungs, stomach, heart, and other organs.

GM GAS TANK LAWSUIT
This auto accident case demonstrated that the age of privity in product liability lawsuits was long dead and that the cause of the crash did not carry as much legal importance as the product failure.

On Christmas Eve, 1993, a drunk driver collided with a 1979 Chevrolet Malibu at an intersection in Los Angeles. The impact caused the gas tank of Malibu to rupture and catch fire, which severely burned the six occupants of Malibu. In 1999, the victims filed suit against General Motors for faulty design, pointing out that the gas tank was only 11 inches from the rear bumper and was not adequately protected.

Expert testimony in the case demonstrated that GM could have made alterations for $8.59 per car that would likely have provided enough protection to prevent gas tank ruptures on its vehicles. GM asserted that the fault rested with the drunk driver that rear-ended the plaintiff’s car. It also asserted that the gas tank design and placement met federal standards.

Nonetheless, the jury awarded $4.9 billion to the plaintiffs. A judge later reduced the award to 2% of GM’s net worth, which amounted to $1.2 billion.