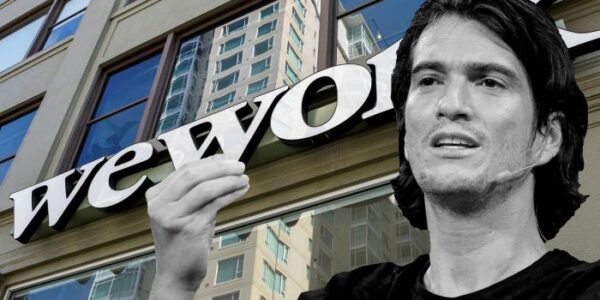 Adam Neumann, the man of WeWork infamy, is getting back into the real estate game this time to disrupt the residential market. The billionaire is starting up a new company aimed at somehow addressing and capitalizing on the U.S. housing crisis though current details are scant.

Whatever the actual idea is though, the start-up, called Flow, has already proved enticing enough to attract one of Silicon Valley’s biggest investors. Andreessen Horowitz the same kingmaker venture capital firm that was early to bank on heavy-hitters like Facebook, Airbnb, Twitter, NFT platform OpenSea, Clubhouse, and so many others has invested $350 million in Flow, according to a report from the New York Times. The large investment means that Flow is valued at more than $1 billion before the start-up has even started up.

Adam is a visionary leader who revolutionized the second largest asset class in the world of commercial real estate by bringing community and brand to an industry in which neither existed before, wrote Marc Andreessen in a firm blog post announcing the investment.

We understand how difficult it is to build something like this and we love seeing repeat-founders build on past successes by growing from lessons learned. For Adam, the successes and lessons are plenty and we are excited to go on this journey with him and his colleagues building the future of living, Andreessen further wrote. This is certainly one way to look at What Neumann did through WeWork.

Another way to look at it might be: He billed a basic office leasing company as a visionary tech idea, got it valued at $47 billion, and then fled with a $1.7 billion buyout when the whole thing inevitably crashed and burned. Andreessen Horowitz did not immediately respond to Gizmodo’s request for comment.

Note: Neumann and Andreessen Horowitz already teamed up once earlier this year, for the similarly-named, though seemingly unrelated, crypto carbon credit venture, Flowcarbon which is its own, separate bag of worms.

Flow has yet to launch, and the associated web domain simply says coming 2023, with no further information about what the company plans to be or do. But some hints of the company’s focus could be found in the Andreessen Horowitz blog.

The post summarizes the problems of increasingly unaffordable mortgages, renters spending money without getting anything in return, lack of investment in the community, and the ways in which the covid-19 pandemic has shifted societal views on remote work and where people choose to live. The residential real estate world needs to address these changing dynamics. And yet virtually no aspect of the modern housing market is ready for these changes, wrote Andreessen.

Fun fact: Though the billionaire investor has often publicly positioned himself as all-in on more development as a way to combat rising housing costs, Andreessen has personally and rather aggressively petitioned his own city council to deny multi-family rezoning.

Neumann, meanwhile, has bought up more than 3,000 apartments in Atlanta, Nashville, Fort Lauderdale, and Miami which will be part of the startup, according to the NYT. His aim is to rethink the housing rental market by creating a branded product with consistent service and community features, wrote the Times. The flow will reportedly directly run those 3,000 units and also offer its services to other developments.

So, it sounds like Mr. WeWork has come up with the ideas of planned communities and property management. Or maybe cult compounds. Or maybe just apartment buildings with amenities. Probably, there’s an app involved. Real revolutionary stuff. But who are we, at Gizmodo, to say what is or isn’t a sound investment? After all, we’re mostly a site that covers technology, not real estate.