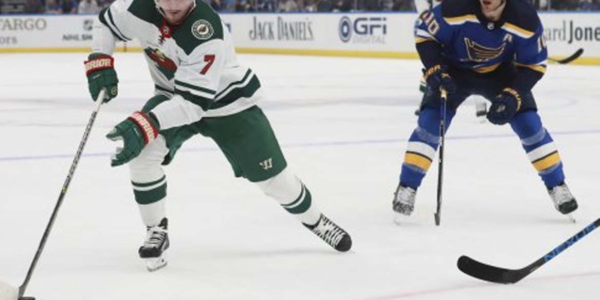 St. Louis Blues advance to the second round for first time since 2019, defeat Minnesota Wild

The St. Louis Blues advanced to the second round of the Stanley Cup Playoffs for the first time since 2018-19, with a 5-1 win over the Minnesota Wild on Thursday, winning the series in six games.

Ryan O’Reilly scored his fifth goal of the playoffs. He has eight points through six games this postseason.

It was a tough, tough battle,’ Bozak said postgame. That’s a very good team over there. It’s kind of a shame we played in the first round of the playoffs. It was two of the top teams in the West and they deserve a lot of credit for the season they had.’

The Blues ’49-22-11′ finished third in the Central Division during the regular season. The last time the Blues qualified for the second round, they went on to win their first Stanley Cup in franchise history.

The Wild elected to start Cam Talbot instead of Marc-Andre Fleury, who they acquired at the trade deadline. Talbot stopped 22 of 26 shots.

This is one of the most special groups I’ve been a part of, Talbot said. We’re really building something here. So, as much as this hurts right now, I’m proud of the guys, proud of the way we battled all season long.

The Blues take on the Colorado Avalanche in the second round. The Avalanche won the season series 2-1-0.