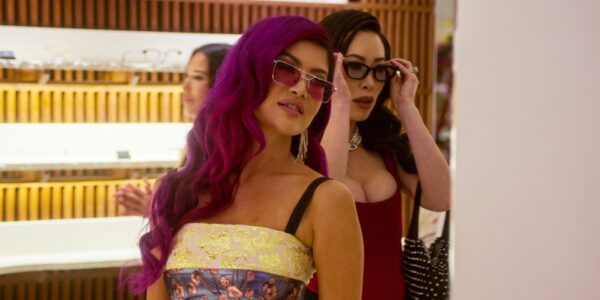 The Cast of Bling Empire Season 2: Your Guide

Sixteen months after its debut, the Netflix docusoap Bling Empire has returned for its second season. Following a community of mega-rich Asian and Asian-American entrepreneurs and heirs in LA, from heiress Anna Shay to her fellow queen bee and sometimes-nemesis Christine Chiu, the first season gave a peek behind the curtain of both their luxurious lifestyles and their diasporic traditions. Season 2 brings even more glamour, an emerging relationship between two cast members, and a couple of new faces. Read on for an in-depth breakdown of the cast of Bling Empire’s second season.

Kreider’s a model who was raised in Philadelphia and became friends with the Bling Empire crew after moving to LA. He’s the emotional center of the show, often saying what the audience is thinking some variation of this costs how much?! and being open about his adoption from Korea as a child and his recovery from alcoholism. He’s also worked as a motivational speaker and founded a supplement brand called Be More Matcha.

Billionaire and practicing Buddhist Lim’s family wealth reportedly comes from industries like oil and real estate, as well as owning the shopping malls that you go into in Singapore, Thailand, and all of Southeast Asia, per the show’s first season. In the show’s first season, he served as Krieder’s guide to the crew’s luxurious world. Recently he’s made some big movies, joining Selling Sunset’s Oppenheim Group as a realtor, and becoming the first Southeast Asian ambassador for Fenty Beauty.

Chiu, who’s both a cast member and an executive producer on the show, is the wife of plastic surgeon Dr. Gabriel Chiu and mom to her adorable toddler Baby G. She’s one of the queen bees of the group, with enough clout to shut down Rodeo Drive in Beverly Hills for an extravagant Chinese New Year’s party. In season 1, she opened up about her fertility journey and having a possible second child, while occasionally bumping heads with the group’s other queen bee, Anna.

Heiress and philanthropist Anna Shay is the group’s other grand dame, the eccentric and hilarious daughter of an American defense contractor and his Russian Japanese wife. She’s also a no-nonsense, loyal friend who filmed a scene while demolishing the walls of her own closet, saying that contractors are stupid. Per Town & Country, she currently lives a socialite life while also training to become a licensed contractor.

Lee is a socialite and DJ who Lim calls the Calvin Harris of Asia in season 1. She started out in modeling and acting, walking in major shows, and appearing in music videos and films, before building her DJ career and touring with stars like Steve Aoki and Diplo. She also landed a residency with Wynn Nightlife last year, around when season 2 was filming.

As for her time on the show, she became closer to Kreider when he helped her search for her biological father in season 1, and sparks fly between the pair in season 2.

Chinese-born Li is a TV and film producer and tech investor who also serves as an executive producer on the show. She was previously married to a tech founder who was arrested for one of the largest cyber scams in American history and rebuilt her life after their divorce. Season 1 followed her tumultuous relationship with Power Rangers actor Andrew Gray, but they’ve now been broken up for over a year, per Page Six.

Chinese-American tech heiress Xie is a former champion equestrian and a fashion influencer who attends events around the world. She grew up in Silicon Valley and got into fashion as a teenager, and she shows off her taste on her Instagram and her YouTube unboxing channel. The 24-year-old is also the youngest of the Bling Empire crew.

Chan is a businesswoman and heiress to a denim empire, who was previously an aspiring pop star signed to Sony Music Japan. She ended up giving up her music career, hinting on the show that her mother wanted a more traditional life for her, and she now shares two children, Jadore, 5, and Jevon, 2, with Jessey Lee, her longtime partner who works for his family’s furniture business.

Her storyline in season 1 included her pregnancy with Jevon and her grief after her mother’s death. She also pulled off a surprise proposal to Lee, her boyfriend at the time. Lee later proposed to Chan in Paris last August and they got secretly married a week later in Champagne, France, per People.

One of the show’s new additions, Dorothy Wang, is a familiar face to fans of E! reality shows. The Chinese-American real estate heiress previously starred on Rich Kids of Beverly Hills from 2014 to 2016, and also appeared on E!’s Famously Single and The Steve Harvey Show. In addition to her reality TV career, she also runs her own travel blog and recently relocated from Beverly Hills, where she grew up, to NYC.

Also joining the show is Morris, a Vietnamese philanthropist, and influencer who’s married to conglomerate CEO Don Morris. Per Netflix, Mimi comes from humble beginnings, with Mimi and her siblings living with little food or resources during the Vietnam War. She later moved to LA and started her own business. She and her husband share three children and live in Orange County, CA.