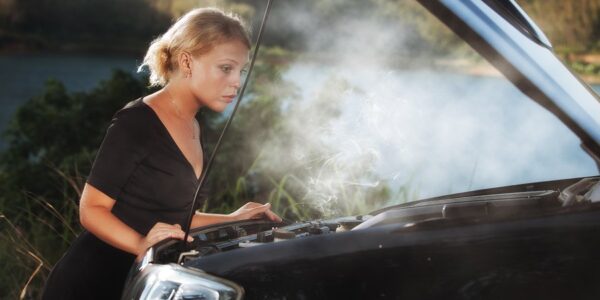 WHO IS LIABLE FOR CAR DEFECTS?

Automobile safety has been a headline item for nearly as long as the automobile has been around. Some of the most publicized product liability cases in U.S. history have centered on defects in cars, trucks, buses, and off-road vehicles.

While we consistently see improvement in the safety of motor vehicles, defects and part failures still pose a danger to drivers and passengers. Sadly, many of the defective items are those designed to make us safer.

After an accident, the driver of the other vehicle is the first person people look at to assign fault. However, recovering fair compensation for your injuries often requires looking beyond the obvious cause to identify all of the factors that led to the crash.

The car accident lawyers at Patrick Daniel Law are strategic, meticulous, and merciless in their handling of accident claims. We conduct thorough investigations to identify all liable parties, including the driver of the vehicle, a vehicle or parts manufacturer, and more.

DRIVER ERROR OR CAR ERROR?
The modern automobile is a marvel of design, technology, craftsmanship, and usefulness, and people have developed deep relationships with their cars. According to The Car Connection, each year Americans spend the equivalent of 18 entire days in their cars. With that much time behind the wheel, it is not surprising that automobile accidents are among the leading causes of injuries and deaths in the United States.

The overwhelming majority of these crashes occur due to driver error. Common errors include distracted driving, speeding, driving under the influence, failing to maintain braking distance, failing to adjust for weather conditions, and errors of judgment.

The number of accidents caused by defects in automobiles is much lower but still significant. According to a study by the National Highway Traffic Safety Administration, these are the leading causes of defect-related automobile crashes:

Tire / Wheel Deficiency
Braking System Deficiency
View Obstruction (not necessarily a defect that can be linked to the car maker)
Steering Deficiency
Lighting Deficiency
Transmission Deficiency
Each of these deficiencies may involve a combination of driver error and auto defect. If a part of the car fails, the driver has an obligation to try to avoid an accident. However, depending on the nature and seriousness of the defect, an accident may be practically unavoidable.

AUTOMOTIVE PRODUCT FAILURE: WHO IS LIABLE?
For the most part, if a defective part or product came on the car you bought as original equipment, liability rests with the manufacturer. The implied warranty involves the buyer and the car manufacturer, even if the product that failed was made by another company and most are.

The issue gets more complicated when the buyer adds devices or accessories made by a company that was not part of the original assembly or contributes to the risk by not operating the product in the prescribed manner.

In a product liability claim, the defective product must be shown to be the precise cause of the plaintiff’s injury. Mishaps that occur due to the plaintiff’s ignorance on how to use the product or due to dismissal of the safety warnings reduce or even eliminate liability on the part of the manufacturer.

COMPARATIVE NEGLIGENCE IN AUTO DEFECT CASES
Some states apportion the recovery amount of money to be collected by the plaintiff based on the percentage of fault in the accident. If the plaintiff was found to be 25 percent at fault in the accident not in comparison to the other driver, but to the product failure, then recovery will be reduced by 25 percent. This is known as the comparative negligence rule, which applies in all but a handful of U.S. states.

Texas is a modified comparative negligence state. You can recover compensation so long as you are 50 percent or less at fault for your injuries.

You should not let contributory negligence derail your claim altogether. The opposing side would love it if you did, and will likely make a motion for the whole case to be thrown out citing your contributory negligence. But the law is still on your side if a defective product fails, even if it was partially your fault.

If you were driving 84 miles per hour in a 70 mph zone and your car developed a bad wobble that you could not control, leading to a crash, the car manufacturer would still be at least partially liable in most instances. The insurance adjuster or a lawyer for the insurance company could say that your speed is what caused the accident and that you have no case as a result. That is a bluff, an attempt to get you to drop your claim or accept a lowball settlement offer.

It is within the implied warranty theory for you to reasonably expect your car to be as free of defects at 84 miles per hour as it is at 70 miles per hour. You might get some money shaved off your verdict or settlement because of your speeding, but the overall claim is still valid.

MISUSE OR ALTERATION OF AUTOMOTIVE PRODUCTS
Many product liability cases have ended in rulings for the defendant because the plaintiff used the automobile for some purpose other than its intended use. It is a strong defense that carries a lot of weight in court, but it is not unassailable.

If the product failure is directly connected to alteration or misuse by the owner, and if there are ample, clear warnings present, the defense has a strong case. The manufacturer may opt to make a good-faith settlement offer to protect its image, but a plaintiff should not expect it to be a particularly generous offer.

THIRD-PARTY DEFENDANTS IN AUTO DEFECT CASES
You can sue a car manufacturer for damages resulting from the failure of a defective part or system that’s part of your car. Since car assembly plants use parts from a multitude of suppliers, it can be reasoned that the car manufacturer was unaware of problems with any part from any of those suppliers.

The car manufacturer can then sue the company that made the defective part. When that happens, the part maker becomes a third-party defendant in the case. It doesn’t absolve the car manufacturer from its liability, but it does give recourse to at least a portion of the loss it incurs in settling with the plaintiff.

WHAT IF I DON’T OWN THE DEFECTIVE VEHICLE?
The owner of the car is not the only party that may have a valid claim after an accident involving a defective automobile. Occupants of other vehicles involved in the crash may have legal recourse against the other driver as well as multiple parties within the chain of commerce, including: