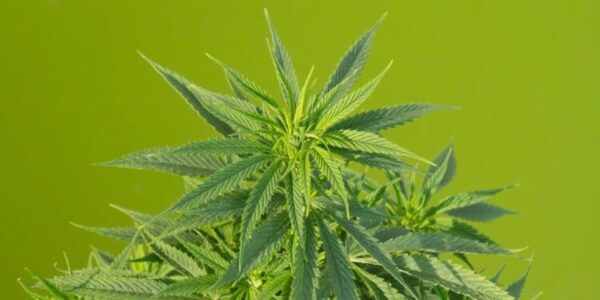 Why You Need to Add CBDA Into Your CBD Formulations!

CBD has taken the wellness industry by storm with an estimated 1 in 7 adults using a CBD product in the United States. CBD has an array of benefits it can bring consumers, and the industry is booming with a variety of CBD products individuals can choose from. There are lotions, tinctures, smokables, and so much more. Though not all products are made equal, and some are better than others. A great way to elevate a CBD-based product formulation is by adding its precursor CBDA. Not only does it bring an array of additional benefits, but it also boosts the way CBD works in the body! Let’s dive into a few advantages adding CBDA into your CBD formulations has.

What is CBDA?
First, what exactly is CBDA? CBDA is a non-psychoactive cannabinoid that is the precursor to CBD. This means when CBDA is decarboxylated, a process where cannabinoids are exposed to heat, it converts to CBD. Due to the vast number of benefits CBDA has, and the many advantages emerging in research when compared to CBD, global solution providers are finding ways to extract cannabinoids without the use of heat, allowing for the extraction of acidic cannabinoids, such as CBDA and CBGA, at a mass scale. CBDA only recently became available in a stable form to infuse into cannabinoid-based applications, having more manufacturers able to produce formulations with CBDA for consumers to purchase.

Bioavailability
CBDA has demonstrated advantages through research when compared to CBD, and one of those is CBDA’s superior bioavailability. Bioavailability is the percentage or fraction of absorption of an administered drug or supplement that reaches the systemic circulation and is able to have an active effect. A study published in the 24thAnnual Symposium of the International Cannabinoid Research Society found CBDA is 19x more bioavailable than CBD. This means when taking an equivalent dose of CBDA and CBD, the body can absorb more CBDA and allows for lower doses in a variety of instances, including reducing anxiety and nausea. When adding CBDA into an existing CBD formulation, the consumer will feel more wellness benefits from the product and may potentially require lower doses to achieve the desired effects.

Greater affinity to receptors
While most cannabinoids, such as CBD, work by interacting with the body’s endocannabinoid system through receptors CB1 and CB2, CBDA does not. Rather, CBDA delivers its therapeutic effects by interacting with various enzymes and receptors, bringing an array of benefits and in some instances proving itself better than CBD.

Both CBD and CBDA have an affinity for the 5-HT1A or serotonin receptor. The 5-HT1A receptor is most known for its role in controlling mood. However, it is responsible for modulating many critical processes in the body including pain signals, nausea, and vomiting, as well as the cardiovascular system. In numerous studies CBDA has demonstrated a greater affinity to the receptor, suggesting CBDA will be more beneficial for a variety of instances including reducing symptoms of depression and anxiety, and helping those with chemotherapy-induced nausea. Additionally, it allows for lower doses of CBDA for the same therapeutic benefit.

CBDA also inhibits the COX-2 enzyme, thereby acting as an anti-inflammatory agent in a similar fashion to non-steroidal drugs, such as aspirin. In a 2018 study, CBDA was able to reduce inflammation and hyperalgesia in a rodent model. To compare CBD to CBDA, an equivalent dose was given, and CBD did not reduce inflammation or hyperalgesia, suggesting CBDA is more effective at reducing inflammation.

Adding CBDA into your existing CBD formulation allows consumers to gain more benefit from lower doses, and the anti-inflammatory effects are great for not only patients with various ailments, but also your consumers that take the product to relax after work, or to recover after a workout.

Entourage effect
When taking CBDA and CBD simultaneously one is able to feel the entourage effect. The entourage effect is a phenomenon when compounds are taken together and work synergistically to boost the effects of their individual parts. This means when individuals take a product with numerous cannabinoids, they can feel the benefits more when compared to taking them individually.

CBDA can be a great addition to existing CBD-based formulations. It boosts the benefits consumers will feel and allows for lower doses to feel the effects of the product. If you want to make a product your consumers can truly value and will return to time and time again; adding CBDA into your CBD formulations is key.