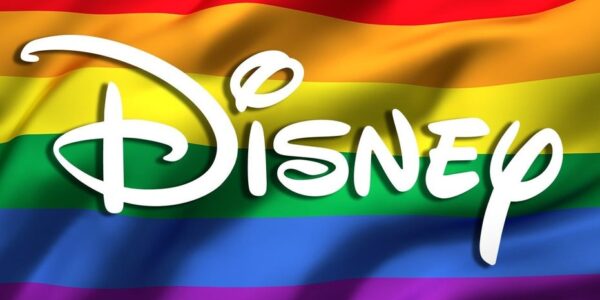 Will Disney make you a victim!

Does Disney make you gay? Does the media encourage LGBTQIA+?

I’m being somewhat intentionally inflammatory in asking you that question. But I got in a little bit of hot water late last week when I said on Careful & Friends that Disney has in fact seen a market opportunity in the growth, the perceived growth, and perhaps the statistical growth of what is identified as LGBTQIA within Gen Z.

And the question is why? First, let’s deal with Disney. As part of the tapes released by Chris Ruffo inside a Disney meeting, you can hear from one executive who says that, according to her son, Gen Z is something like 30% more queer than previous generations:

DISNEY EXECUTIVE: In part, I think nobody stopped us because we were, you know, we were targeting Gen Z and Millennials. We were targeting a younger, I think, more open-minded. And now we know, you know, as my son texted me this morning, you know, Gen Z is 35 – 40% queerer than the other generations moms. So Disney, you better get with it.

Now, that’s fascinating. First of all, that’s a Disney executive suggesting that their embrace of politics, such as their opposition to the Parental Rights and Education Act in Florida, their encouragement of teachers talking to young students and I’m talking about 7-year old’s here, about sexuality and gender identity is part of a business decision because hey, the kids, they’re more queer.

People have mocked that clip as, Oh, she talked to her son. How scientific. But I wouldn’t do that. I wouldn’t dismiss her analysis. This is Disney. They know what they’re doing.

And her stats may not be that far off. According to a poll by Gallup released very recently, one in five Gen Zeds identify as LGBTQIA+. One in five- 20%. That is a massive number that defies all historical estimates and all scientific data-driven numbers up to this exact moment in time.

So the question, quite honestly, is why? Why would 20% of Gen Zeds identify as LGBTQIA? Let’s go through the potential reasons.

First, there is the potential reason that we’re just more accepting in 2022. The numbers haven’t changed, just the openness. People are more willing to tell you they are one of those letters in the acronym. In the 1960s, how dare anybody admit they were gay? It was dangerous. In the 1980s, it was still taboo. And as the number of letters in the acronym grew, it only was more marginalized, depending on which group you were in.

So as we arrive at 2022, what we’re seeing is a pent up reflection of society. So goes the argument. Today, people are just more open than they were, I guess, five years ago, two years ago? Because make no mistake, these numbers are exploding in real-time. I do accept that society is more open to people coming out. But to accept that 20% of an entire generation is a marginalized group within this ever expanding acronym is wholly not just unscientific, but unreasonable. It’s asinine.

I mean, as we look through time, scientists have tried to quantify how many different people identify as bisexual or trans or gay and by the way, the numbers are miniscule. The number of people that are actually trans, according to most scientific estimates, is something like half of 1 percentage point, and that’s on the high end. It’s miniscule.

The number of gay individuals in American society has bounced around. It’s under 10% by most estimates. And I guess it’s worth pointing out that within this Gallup poll of one in five, the vast majority of the one of the one in five identified as bisexual. But the long and short of it is this is not scientific. It is absurd. It is unreasonable. And there is no historical or scientific backing to the idea that 20% of our population is LGBTQIA, even if they’re more comfortable coming out. That is absurd.

Which leads you to ask more questions in the spirit of intellectual curiosity: Why? Why, then, would 20% of a generation say they are one of this marginalized acronym? Well, then you start talking about the idea of a trend, of a fad.

Have you ever seen the videos of kids coming out on social media announcing, almost never to their family, but always to their friends? I am pansexual. I am asexual. I am. whatever. Have you ever seen those videos? They’re met with not just acceptance and not just celebration. They’re met with adulation. It’s an absolute love fest in the moment that you come out. It’s the quickest and easiest way to acceptance, to identity.

This is shown in data of the number of young girls who DE transitioned not long after going through their coming-out party, after coming out and going through their transition. The problem in many of these cases is the damage has been done. Medical procedures often have been pursued. It isn’t the identity that lasts because it is, in part in some cases and not in all, but in many cases part of a fad, a trend, a social contagion. It is something that is not just accepted, but it is encouraged. And then, therefore, you get more of it, and then steps in the media.

Do I think Disney makes your kid gay? I asked that question to be inflammatory, and my answer is no, I don’t think Disney is out there driving an agenda to try to turn America homosexual. But I do think what happens is companies, the media look for that same short-lived acceptance. They start integrating it into their content. They start celebrating it during commercial breaks on Nickelodeon, and the whole thing then becomes a self-feeding snake. It’s a mechanism on which the celebration is accepted, the acceptance is celebrated. The celebration is put on to mainstream media. It is given a platform, it is given a spotlight, and you get more.

It’s not true identity. It’s not a true reflection of reality of the number of people who are truly going through gender dysphoria. That, by the way, is a medical condition. It’s a psychiatric medical condition. It’s in the psychiatric handbook, the catalog of conditions for which you can be treated. And never has it been suspected that 20% of the population or of a generation falls within one of these groups.

We’re far beyond science. We’re far beyond reason. We’re clearly in the world of trend and fad, and that is, without a doubt, being fed by peer groups, social media, and yes, the mainstream media who wants to tap into it, not just for their own social acceptance, but for business, as reflected in that sound we just played from a Disney executive.

And there are those in media, those in politics, and those in power who profit as we are at each other’s throats, as we compete to be the highest victim, as we scrape for little bits of power over each other and grant massive amounts of power to those that divide us on identity. Trans, gay, straight, cis, it doesn’t matter. Be a victim and turn to someone else for power and pass a few bucks to them along the way.

Does Disney make you gay? Not that there’s anything wrong with that. I don’t know. But Disney might make you a victim.